Want to Receive News & Updates from AHDB?
Stay up to date on the latest information you need to devise benefit designs, make coverage decisions, and further value-based healthcare! Sign up for our newsletter or print publications today by entering your contact information below and clicking "Subscribe".
Online First

Politics and Healthcare: Drug Pricing Dynamics Leading Up to the 2020 Election

As we near the November elections, it feels as if the entire pharmaceutical industry is holding its breath; the focus has continually been on lowering drug prices, and stakeholders are consistently inundated with mixed messages from news outlets that incite confusion and uncertainty for the future. On both ends of the political spectrum, presidential candidates have been publicizing their stance on healthcare.

In late July 2020, President Trump released 4 executive orders that aim to lower prescription drug costs in the United States, but the impact on the healthcare industry is unclear. By comparison, Democratic presidential nominee Joe Biden announced his pick for vice president, California Senator Kamala Harris, which has led to projections on the duo’s approach to healthcare.

The 4 executive orders include a pass-through of 340B discounts, the importation of US Food and Drug Administration (FDA)-approved drugs to the United States from countries with a lower price, the use of a “rebate rule” to lower patient drug costs at the pharmacy, and the implementation of foreign pricing controls into Medicare Part B.

Under this executive order, patients who need insulin or EpiPens would be able to receive some of the drug discounts provided through the 340B program. This directive asks the US Department of Health & Human Services (HHS) to take action requiring federally qualified health centers (FQHCs) to pass along 340B Drug Pricing Program discounts for insulin and EpiPens to patients with high deductibles, high cost-sharing, or those who do not have health insurance. In the 340B program, patients pay full price while covered entities collect the 340B discount. However, Medicaid beneficiaries are excluded from this program; therefore, it is not clear if this executive order is indeed appropriate for FQHCs that manage patients with chronic diseases and low insurance coverage or no insurance coverage.1

This executive order indicates that states, wholesalers, and pharmacies would be allowed to import FDA-approved drugs from countries where the price is significantly lower. The order asks HHS to complete rulemaking for the importation of drugs, including insulin. President Trump has been pushing for drug importation from Canada for more than a year. Importing drugs from other countries poses a significant challenge; importers would have to take many steps to prove to the FDA that a drug is safe for Americans, as well as navigate the complexities of the US healthcare delivery system. Moreover, the Canadian government opposes the measure under the justification that they cannot fulfill the demands of the US drug supply in addition to their own needs.2

Previous efforts at drug importation have been primarily left to the discretion of the states.3 Under those efforts, each state interested in importing drugs from Canada would need a bill to pass its state’s legislature and be signed into law by its governor, after which the HHS secretary would be able to give certification that proves the program met federal requirements.3

Importation bills would increase competition through the pharmaceutical industry. Manufacturers who market drugs in the United States may be more encouraged to limit how much they sell to companies that have supply chains across the US-Canada border, while also raising their Canadian list prices for drugs. In December 2019, the FDA released an economic analysis of the plan, ultimately concluding that it was unable to truly estimate the cost-savings of the proposed rule.4

On October 1, 2020, HHS Secretary Alex Azar certified that importation poses no additional risk and will lead to a significant reduction in drug costs, although he was unable to estimate how much would be saved under the new provision.5

With this executive order, HHS is encouraged to move forward with its “rebate rule” that would require any negotiated discounts to be used to lower patient costs at the pharmacy. The HHS rule was first proposed in early 2019, but the proposal was later withdrawn.6 Currently, pharmaceutical companies are protected from antikickback statutes by safe harbor provisions, which allow rebates to be paid to payers in exchange for favorable formulary positioning and less restrictive utilization management terms, as well as restrictions to competitor access. HHS has determined that these provisions create a perverse incentive system that results in higher list prices for pharmaceuticals.7 Within Medicare Part D, the result is higher costs to the government and to Part D beneficiaries.7

Driven by the American Patients First program from the Trump Administration, the regulatory safe harbor that protects the rebates would be eliminated, significantly changing the system that exists today. HHS believes that these changes will result in lower drug prices, because the incentive to raise prices—only to offset them with rebates—is eliminated.7 It is unclear how out-of-pocket (OOP) expenses for patients would be altered as a result of this executive order, in addition to its effect on health insurance premiums and government spending.

The revival of this rule comes with an important stipulation that the Secretary of HHS will publicly confirm that this rule will not increase federal spending, Medicare beneficiary premiums, or patients’ OOP costs.8 Industry experts are unclear how HHS could confirm this, especially considering that previous research on this rule predicted that federal spending would increase by $196 billion through 2029.7 This loophole may allow HHS to declare the guard rails preventing the administration from enacting the policy if it would increase Medicare spending, premiums, or OOP costs.

Arguably the most alarming executive order for drug makers is the directive to implement foreign reference pricing to set values for lifesaving treatments in the Medicare Part B program. This executive order supports a regulation that was originally posted in October 2018, calling for a new International Pricing Index (IPI) payment model to reduce drug costs.9 HHS referenced President Trump’s “American Patients First” blueprint that he released shortly after his inauguration in the IPI model. Later, in November 2019, President Trump noted that the original proposal was not aggressive enough, causing HHS to revisit the model.10

In remarks made when signing this executive order on July 24, 2020, President Trump stated that he planned to hold off on implementing this order until August 24, pending industry negotiations on drug pricing issues.11 This order is especially puzzling to the industry; President Trump insisted that his hard negotiations had forced drug makers to plead their case against the order in a meeting, but then manufacturers later pulled out of the meeting.

Although drug makers did not attend the meeting—and the August 24 deadline came and went without President Trump opting to release the order—drug makers, led by the Pharmaceutical Research and Manufacturers of America, provided a counter offer on August 23. The key points of that offer included12:

This offer also promises to enact these provisions aggressively before the election.11 The President did not find this alternative acceptable, yet he held off signing the directive at that time.

In early September 2020, President Trump signed the original July 24 order, which he referred to as the “Most Favored Nation” directive.13 The new order “expands the scope of the policy to include certain Part D drugs sold at pharmacies, in addition to some Part B medications administered at hospitals and doctors’ offices.”13

The most-favored nation plan has already been vocally opposed by the pharmaceutical industry, with some experts stating that it could take years to implement and would certainly be challenged in court.13

Impact on the Elections

Healthcare has been consistently viewed as a key issue for the 2020 elections, with many voters keeping a watchful eye on the actions of the 2 candidates. Polls have indicated that voters consider the Democrats more trustworthy on issues related to healthcare, which may explain the reason for Trump’s push at this time on the executive orders.2 His comment related to drug prices at the July 24 signing of the executive order, “I’m not willing to wait any longer,” is especially timely in light of the upcoming elections.2

The 4 executive orders are unlikely to enact any sort of legislation ahead of the November elections, because Congress will likely stall any movement. Moreover, most of the proposals simply cannot be implemented via executive order. President Trump has also alluded to releasing a new health plan, but he has yet to do so. With the elections nearing, and with healthcare consistently ranked as a top priority to voters, these moves are largely motivated by the political calendar.

In 2016, Trump ran for president on the promise that he would repeal and replace the Affordable Care Act (ACA), but efforts have been practically stagnant; he recently pushed for the Supreme Court to overturn the law in an 82-page brief, arguing that it has been unconstitutional since 2017, when the individual mandate was eliminated.14 The Supreme Court announced that the justices will begin hearing arguments on the landmark legislation the week after the presidential election, although a decision is not likely to be made until spring 2021 at the earliest.15 The ACA is even more at risk with the recent death of Supreme Court Justice Ruth Bader Ginsburg in September 2020, leaving a vacancy that President Trump has nominated with conservative Judge Amy Coney Barrett.16

By comparison, Biden has emphasized his plan to build on the ACA, by offering Americans a public health insurance option, such as Medicare.17 His plan also includes eliminating the 400% income cap on tax credit eligibility and lowering the coverage limit to 8.5% of household income. The ACA’s Medicaid expansion has largely been left to the discretion of each state, and 14 states have still refused to participate; Biden aims to expand coverage by offering premium-free access to the public.17 At the time of this publication, his proposal is not fully clear and has not been evaluated by the Congressional Budget Office.

Biden has also released an extensive list of provisions aimed at prescription drug prices.17 Medicare would be allowed to negotiate lower prices with drug makers as part of this new plan, and Biden will also introduce external reference pricing for drugs with little to no competition. In external reference pricing, the Secretary of HHS will assess the value of new specialty drugs alongside a review board and recommend a collective “reasonable price.” This will then be the rate that Medicare and the public option will pay, as well as private plans that are participating in the individual marketplace.17 Aspects of this plan would need to be addressed legislatively, which would require congressional approval.

Although the executive orders aim to reduce patient costs and address drug pricing, industry experts believe that this may only occur through the rebate rule directive, which was supported by the drug industry when originally proposed.1 Other proposals, such as foreign price controls and importation, could negatively affect patient safety and lead to reduced research and development investment from manufacturers. In turn, this could affect future treatments and lead to detrimental consequences for patients.1 There will still be a lot of noise leading up to the November election, but we must remember that implementing change will take time. 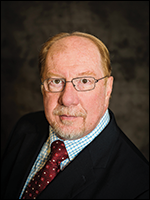 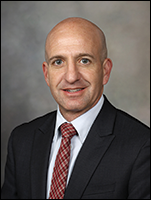