UnitedHealthcare is testing how to fix the broken system
July/August 2011, Vol 4, No 4
Caroline Helwick

For containing the cost of cancer care while maintaining or even enhancing quality, UnitedHealthcare is betting that payment for episodes of care, rather than fee-for-service (FFS), is a viable strategy. 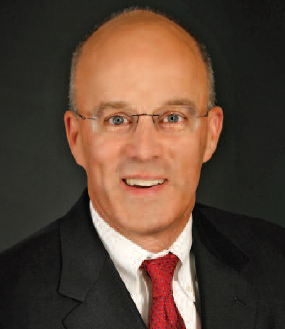 “Episode payments are by no means a perfect model, or the only solution, but it’s one solution,” said Lee N. Newcomer, MD, MHA, Senior Vice President of Oncology Services with UnitedHealth Group, who described his company’s program at 2011 ASCO.

“The system is badly broken. In 1970, a minimum-wage worker with a family of 4 could buy health insurance with 15% of his income. By 2005, it took 100% of his income to buy the same policy, and this percentage is now at 170%. The problem has gone from the minimum-wage worker to the middle class,” Dr Newcomer said. “We also have a drug pricing problem,” he stated. “The cost of prostate cancer care has doubled in 8 months because the drugs that extend survival were priced, basically, at what we used to pay for a lifetime of prostate cancer care. We cannot keep raising premiums to pay this.”

Sophisticated new technology, however, is not to blame. “Technology is never a bad thing. What is worrisome is whether we have the evidence to say something really works and is being used in a scenario for which we know it works,” Dr Newcomer said. “For example, we know that 45% of the time bevacizumab is given completely outside of NCCN [National Com - prehensive Cancer Network] guidelines. That’s a lot of money without supporting evidence. We need to get rid of this waste.”

Under the standard FFS system, the physician could “do more and earn more,” Dr Newcomer noted, whereas under healthcare reform, the risk is shifted to the physician and hospital organizations. To succeed, these organizations have to figure out how to solve the cost problem, he maintained.

“They can lower what they pay for each piece of work or they can decide which pieces of work are essential. They can get better at things that really do make a difference in value,” he said. “This takes tough discussions about what is added value and what is not.”

Dr Newcomer contended that the ACO model is a poor fit for oncology. Under ACOs, “macro risk” is spread across all specialties, leading to “large financial exposure across the continuum of illness and wellness.” There are multiple specialties “having discussions about trade-offs, so there cannot be a focus on smaller problems,” he offered.

“As an oncologist, I am not a big fan of ACOs, because I think the cancer discussion will get lost in the hip discussion, the diabetes discussion, and the cardiac discussion,” he said.

Episode payments, by contrast, have a “micro-risk” patient-level focus. The risk is spread across fewer specialties, with complete focus and accountability. “If something does not go well, you don’t bankrupt the provider,” Dr Newcomer observed.

“I am describing one attempt to begin to define and manage risk with real doctors and practices,” Dr Newcomer told the audience.

UnitedHealthcare recently set up an episode payment model with 5 independent oncology groups. There were 4 main objectives: to identify and reward best practices; to reward consistent, evidence-based care; to retain oncologists’ incomes at present levels; and to end oncologists’ dependence on drug selection for practice survival.

The program was developed with 4 components:

The need for the participating oncologists to reach consensus on treatment regimens for all the different tumor types became clear, he said, when “in our discussion with a 40-physician group, the chief medical officer told us he had 18 protocols just for administering 5-FU [5-fluorouracil].” Dr Newcomer noted that such a variety of regimens for 1 tumor type was not an uncommon scenario, and this needed to be pared down and incorporated into a single treatment approach. This was important because a single approach reduces treatmentrelated mistakes and creates a cohort that can be assessed and compared, he pointed out.

“If you treat all your patients the same, we can compare the performance of your regimen with other regimens in our organization. This is real-time comparative effectiveness re search of evidence-based regimens, and with this we can see which regimen outperforms the others,” Dr Newcomer explained.

Healthcare providers receive the same amount of money as under the prior FFS system. “To change this number going forward, the physicians have to achieve better outcomes or reduce the cost of care,” he said. Drug regimens can be altered as new drugs are approved or expensive drugs go generic, but the fee remains stable.

The model for the 5 pilot groups has been in place for 14 months. UnitedHealthcare will assess their data later this year and this will determine how to move the program forward, he said.

“I don’t know if this program will save money,” Dr Newcomer acknowledged. “If best practices are used and are not saving money, then we will have to move to more expensive best practices. This may cost me more, not less, but because it is better care, at least we will know we are spending money for a good reason.”