Cost and Drug Utilization Patterns Associated with the Management of Rosacea

Rosacea is a chronic skin disease that often requires continuous treatment, but data about healthcare utilization and the costs associated with its management have been lacking, especially for relatively newer therapies. James D. Kendall, PharmD, and Norman J. Preston, PhD, of Galderma Laboratories, LP, recently addressed this information gap in a poster presentation at the 2013 Academy of Managed Care Pharmacy Nexus meeting.1

This retrospective analysis was based on claims data from the IMS LifeLink Health Plan Claims Database between July 1, 2006, and June 30, 2011. This database contains 79 managed care health plans encompassing more than 70 million members who are primarily commercially insured.

Dr Kendall and Dr Preston documented the medication possession ratio (MPR), which measures the percentage of time the patient has access to the medication (patients with only 1 prescription had an MPR of zero); therapy changes; and prescribing trends for rosacea and costs associated with the specialty of the prescribing physician (ie, dermatologist or nondermatologist).

Database of Nearly 100,000 Patients A total of 99,894 patients met the inclusion criteria for the analysis. The majority (73.2%) of the patients were women (mean age, 52.4 years). Overall, 81.7% of the patients were treated with a single agent—57.3% received a topical agent and 24.6% received an oral antibiotic. Combination therapy with ≥2 medications was prescribed for 18.3% of patients. The topical medications included metronidazole, azelaic acid, and sulfacetamide sulfur. The oral antibiotics included doxycycline, minocycline, and tetracycline.

The MPR for monotherapy was higher for oral medications (37.8%) than for topical agents (18.2%). A higher proportion (27%) of patients who were prescribed oral drugs changed therapy than those prescribed a topical agent (17.5%; P <.001).

Costs Associated with Rosacea Treatment The treatment of rosacea incurred primarily pharmacy rather than medical costs. The median annual pharmacy costs, by type of therapy, were:

When considered by type of drug prescribed, the median annual cost per drug type was significantly different, based on the type of prescriber:

Skin Conditions Top Reason for Medical Visits Dermatologic conditions are often not on a payer’s radar, because the management of skin conditions has not been perceived as a major driver of healthcare utilization and costs. However, the results of a new study may require payers to revise their approach to skin conditions, in light of this new study, which indicates that the general public’s concern about skin conditions is the most common reason to visit a physician in the United States.

Researchers from the Mayo Clinic conducted an extensive review of a large database of 142,377 residents of Olmsted County, MN, in 2009. The study captured adult residents in 2009 and reached a rather unpredictable conclusion—more patients seek medical help for skin disorders than for back pain, colds, arthritis, and other common ailments.2 The researchers were surprised to find that the most prevalent nonacute conditions are not age-related chronic conditions, such as diabetes or heart disease, but are instead conditions that affect men and women equally at all age-groups.

These disorders include, in this order, skin disorders, osteoarthritis and joint disorders, back problems, lipid disorders, and upper respiratory tract disease (excluding asthma).2 “Unexpectedly, almost half of the Olmsted County population of all ages received a diagnosis of skin disorders within approximately 5 years,”2 Sauver and colleagues observed. “Skin disorders are not typically major drivers of disability or death but may be important determinants of healthcare utilization and cost.”2 They also noted that many dermatologic conditions require continued follow-up and treatment.

According to the investigators, the “finding that skin and back problems are major drivers of healthcare utilization affirms the importance of moving beyond the commonly recognized health care priorities....Our findings highlight opportunities to improve healthcare and decrease costs related to common nonacute conditions as we move forward through the changing healthcare landscape.”2 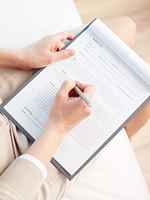