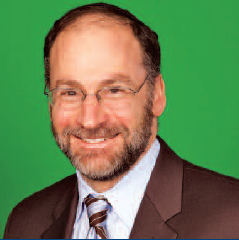 The number of cancer diagnoses and the number of patients adhering to cancer treatments decline with high unemployment rates during an economic recession, based on a new an alysis presented by Ronald D. Ennis, MD, Director of Radiation Oncology, St Luke’s-Roosevelt Hospital, New York City.

Dr Ennis and colleagues assessed the effect of economic cycles on the diagnosis and treatment of cancer, hypothesizing that during an economic recession, people would choose to forgo screenings and treatments for cancer.

The investigators anticipated that this effect would be more pronounced for a cancer for which a screening test is available and that has minimal presenting symptoms (eg, breast cancer). In contrast, there would be less of an effect for a cancer that has no screening test and has symptoms that are harder to ignore (eg, pancreatic cancer). Breast and pancreatic cancers were chosen as these 2 types of cancers meeting the study criteria.

Unemployment was used as a measure of recession per monthly data obtained from the Bureau of Labor Statistics. Surveillance, Epidemi ology and End Results (SEER) data were used for monthly incidence rates for treatment with radiotherapy and surgery for all cancers, and for breast and pancreatic cancers separately. Data were used from the original 9 SEER registries for the period between 1973 and 2007.

“As expected, the effect was much more profound for breast cancer than for pancreatic cancer,” said Dr Ennis. Overall, for all cancers, every 1% increase in unemployment was accompanied by a 2.7% decrease in cancer incidence (or diagnosis), an 8.7% decrease in the use of radiotherapy, and a 12.1% decline in the use of surgery.

The impact of a recession on administration of cancer treatments may go beyond unemployment to include the fear of losing one’s job, said Dr Ennis. “There might be a cohort of patients who, despite not having lost their job or fear losing their job…would still go for their mammogram or biopsy, but then, when faced with the daunting task of going through treatment and potentially having to be out of work or copays…don’t carry through with the treatment because of those barriers,” he said.