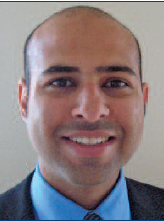 One of 8 patients with metastatic colon cancer receives therapy with antineoplastic agents not supported by evidence-based medicine or outside of clinical practice guidelines from the National Com prehensive Cancer Net work (NCCN), found Jonas A. de Souza, MD, an oncology/hematology fellow at the University of Chicago, and colleagues.

As a result, patients are unnecessarily exposed to the potential side effects associated with such drugs, despite current practice guidelines, and at a cost of >$2 million for these drugs alone.

These findings were obtained from reimbursement data from United Healthcare on 1041 insured patients with metastatic colon cancer who received treatment between January 2007 and June 2010. The researchers evaluated the use of 3 agents in the following clinical settings that do not reflect current NCCN clinical guidelines recommendations:

Among the 884 patients with metastatic colon cancer who received bevacizumab, 90 patients (10%) had received it beyond disease progression, resulting in 636 claims for reimbursement at a cost of $1,326,696.

Dr Blaya added that patients with advanced cancer who receive non– evidence-based treatment are receiving better treatment in the context of clinical trials; otherwise, providers should shift their focus to palliative care.